1964 – Graduated in Physiotherapy, degree issued by the French State – MKDE

Currently there are over 150 scientific publications about this method.

Based on the Global Postural Re-education-RPG principles, Souchard has also created the Stretching Global Active-SGA method focused on prevention, maintenance and strengthening of athlete’s physical conditions and occupational proficiency.

Philippe Souchard has published more than 20 books; some have already been translated and edited into Portuguese, Spanish and Italian. The most recent ones belong to Elsevier-Masson France, Elsevier-Campus RJ and other affiliated organizations.

His most recent book is Neurological Treatments in Global Postural Re-education-RPG from December 2018.

Founder and President of Saint-Mont Manual Therapy University (France) and Director of Saint-Mont School of Global Postural Re-education-RPG (France) recognized by the Continuous Training Ministry since 1985. Adhering to the “Charte de Qualité de la Fédération Française des Kinésithérapeutes “, since its establishment in 1996.

Over 20.000 physiotherapists in all these countries have been part of the Global Postural Re-education. 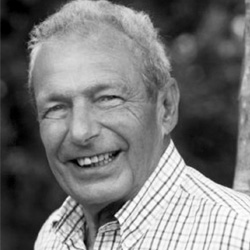