He is co-founder and scientific director of the Institut Aquitain de la Main, and former President of the French Society of Plastic and Reconstructive Surgery (2011-2012) (SOFCPRE).

Dr. Guimberteau was trained in plastic and hand surgery at the University of Bordeaux, by Professors Goumain and Baudet. He dedicated himself to microsurgery and transplantation, expanding his surgical experience thanks to his work in the United States of America, with Dr. J M Converse and Dr. Ralph Millard.

He was co-author, together with Professor Claude Verdan in Switzerland and Dr. Harold Kleinert in the United States, of the book: “New Ideas in Hand Surgery.”

He has developed our knowledge of the structure and function of tendon physiology, pioneering secondary repair techniques for flexor tendons.

Perhaps, his most important contribution to our understanding of human biology has been through his innovative use of video-endoscopy for the investigation of the fascial structure in vivo, which has resulted in what essentially constitutes a new concept of the living tissue and a new ontology of the architecture of the human body.

Through the company endovivo.com, he has published several videos on living matter: Strolling under the skin, 2005; Skin excursion, 2008; Muscle Attitude, 2009; Interior Architectures, 2011; Skin, Scars and Stiffness, 2012; and Destination Tendon, 2012. 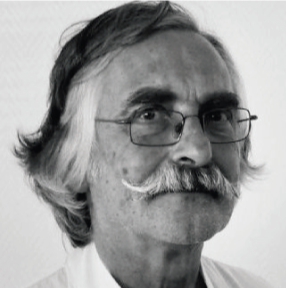 Presentation: After a Trauma, is the Fascia the same again, in an identical way?