He is a Doctor in Osteopathy, a Member of the French Osteopaths Registry and a Physical Therapist. He is the creator of the manual treatment method that he himself calls Visceral Manipulation (VM), a modality that he has developed over years of clinical work with thousands of patients and that is based on the specific movement of the fasciae in each organ. Also, thanks to his dissection work in the laboratory, he has been able to experiment with MV techniques and verify the internal effects of these manipulations. He held the position of Director of the International University of Osteopathy in St. Etienne, France. He was also a member of the university faculty of the Faculty of Medicine of Paris North, of the University of Paris North. As a professor member of this body, he held the position of Director of the Department of Visceral Manipulations — the first time in the world that a MV therapist was a member of this medical body.

Based on his subsequent clinical activity, Jean-Pierre Barral developed other modalities of his method — Vascular Visceral Manipulation, Nerve Manipulation and the New Articular Manual Approach —in conjunction with Alain Croibier, D.O.

TIME magazine, citing his creation of the Visceral Manipulation method, named Jean-Pierre Barral, DO., As one of the Top Healing Innovators whose work should be tracked in this new millennium.

Even after more than 40 years of research and work with patients, as well as training hundreds of thousands of therapists around the world, Jean-Pierre declares: “We know so little; tissues are the only ones that know.” In our capacity as therapists, we may think that we know what to do to help a patient, but it is only when we put our hands on that person that the tissues show us what to do.

Barral holds the position of Study Program Developer at the Barral Institute. His courses contemplate the modalities developed by him, teaching them through different training courses in manual therapies, which he has taught since 1985.

Barral has trained and certified a group of International Teachers, who can also teach these courses in different countries of the world.

Barral is the author of the following books: 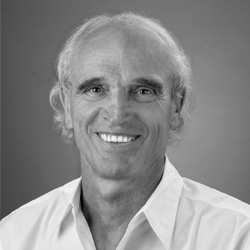 Presentation: “On the Fascias, the Brain”. June 30th

Certificate: A certificate will be delivered in person.

Registration: June 15, 2022 at 24:00, will be the closing of registration for the Congress and its courses. Limited places in the face-to-face mode. Registrations will be taken in order of arrival.