These intensive courses contain theoretical lessons, demonstrations and practice among the participants alternated during the day.

It is aimed at Doctors, Kinesiologists, Physical Therapists, Osteopaths and Chiropractors. Other areas within health with at least 3 years of experience and much knowledge of the anatomy, physiology and notions of posture analysis, could be accepted.

Participants will learn to evaluate musculoskeletal dysfunctions with specific reference to the fascial system of the human being and the application of Fascial Manipulation® techniques as taught by Luigi Stecco. The lessons include anatomy and physiology of the fascial system, explanation of the mechanic model used in the application of this technique and the anatomical location of the key points of the fascia. Emphasis is placed on the evaluation of musculoskeletal dysfunctions, from anamnesis to the hypothesis to verification and treatment, in conjunction with the treatment methodology and its strategies. 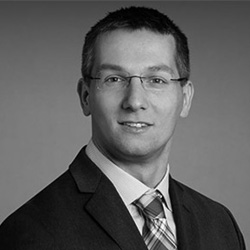 The fascia is very extensive, and therefore it would be very difficult to work on its entire surface. The location of precise points or key areas facilitates their manipulation and allows it to be more effective. An appropriate analysis of myofascial connections, based on the understanding of fascial anatomy, gives us indications of where it is most appropriate to intervene. Deep friction at these specific points (CC and CF) is intended to restore the tension balance. Any non-physiological alteration of the deep fascia can cause tension changes along a certain sequence, causing an incorrect activation of nerve receptors, incoordinated movements and, as a consequence, nociceptive afferences. Throughout a myofascial sequence a compensatory tension can be extended, so this myofascial continuity can be related to referred pain along a limb or at a distance, even without altering a nerve root. In clinical practice, cases of ciatalgia and cervicobrachialgia are common without detectable irritations of any nerve root (8).

This technique allows therapists to work remotely from the painful place, which is often inflamed due to non-physiological tensions. For each FMU an area has been indicated where the pain is often felt, called the Perception Center (CP). In fact, it is important to pay attention to the cause of pain, returning to the origin of this anomalous tension, that is, to the CC and CF located in the deep fascia.

FM According to Stecco:

Fascia Manipulation is a manual therapy that has been developed by Luigi Stecco, a physiotherapist from northern Italy.

This method has evolved in the last 30 years thanks to the study and clinical practice in the treatment of innumerable cases of musculoskeletal problems.

This therapy is aimed at the fascia, in particular the deep muscular fascia, including the epimisio and the retinals, and considers that the myofascial system is a three-dimensional continuity. In recent years, Dr. Carla Stecco and Dr. Antonio Stecco have carried out research studies on the anatomy and histology of the fascia, dissecting non-embalmed corpses in collaboration with the Anatomy departments of the René Descartes University of Paris, France, and the University of Padova, Italy. These works have improved the biomechanical model developed by Luigi Stecco (1, 2), providing new histological and anatomical data.

This technique presents a biomechanical model to understand the role of fascia in musculoskeletal problems. The key to this manual therapy lies in the identification of a specific and localized area of ??the fascia in relation to a certain limited movement. When a painful or limited movement is identified, a point in the fascia that is related to this symptom can be associated, and through proper manipulation of this particular area, the movement can be recovered.

In fact, analyzing the musculoskeletal anatomy, Luigi Stecco realized that the body could be divided into 14 segments, and that each of them is managed by six myofascial units (UMF) formed by monoarticular and biarticular muscle fibers, their deep fascia (including epimisio) and joint that move in a direction of a plane of space. Numerous muscle fibers originate in the fascia itself (3, 4), and myofascial insertions extend successively between different muscle groups forming myofascial sequences. Thus, several unidirectional and consecutive myofascial units are continued through myotendinous expansions and biarticular fibers (3) to form the myofascial sequences.

While part of the fascia is anchored to the bone, another part is free to slide. This free part of the fascia allows muscle tractions, or myofascial vectors, to converge at a very precise point, called the Vector Coordination Center (CC) (5). The location of each CC has been calculated taking into account the sum of the vector forces acting during the execution of each movement.

The six movements made in the three planes of space rarely occur in isolation, but generally combine with each other forming intermediate paths, similar to the FNP patterns. To synchronize these complex movements, other specific points of the fascia have been identified (often on the retinacles), called Fusion Centers (CF).

The fascia is formed by collagen and elastin fibers, organized in several layers, following different directions in each. Thanks to the undulating collagen fibers, the fascia can be stretched, and returns to its original state of rest by elastic fibers. As it adapts to muscle tractions, it is unable to transmit force as tendons or aponeuroses do. If we do not consider these histological and functional differences, we can confuse fascia with aponeurosis, and equally deep fascia with subcutaneous connective tissue (superficial fascia). The subcutaneous connective tissue forms a very elastic and sliding membrane, essential for thermal regulation, metabolic changes and the protection of vessels and nerves, while the deep fascia envelops the muscles and surrounds the muscular aponeuroses until they are inserted into the bone.

The aforementioned anatomical studies have shown differences between the deep fascia of the trunk and that of the extremities (6). The first consists of three layers, each of which involves different muscle groups: the superficial layer (broad dorsal, gluteus maximus, external obliques), the middle layer (posterior serrates, iliocostal) and the deep layer (inter spinal, intertransverse , multifid, transverse abdomen). In the extremities, the deep fascia is particularly thick, similar to an aponeurosis, and is more organized, synergistically connecting the muscles through the collagen fibers, organizing sequences and spiral formations.

It is hypothesized that the fascia, richly innervated (7), could maintain a resting tension due to the different muscle fibers that are inserted into it. Because of this optimal basal tension of the fascia, the free terminations and the receptors present in this tissue are prepared to perceive every variation of the tension, and therefore every movement of the body as it occurs.

16:15 – 18:00. Treatment of a patient by the instructor – history, hypothesis, motion test and verification on palpation, treatment, reassessment. Questions. Demonstration and discussion

16:15 – 18:00. Treatment of a patient by the instructor – history, hypothesis, motion test and verification on palpation, treatment, reassessment. Questions. Demonstration and discussion

The content and/or programming of this course are subject to modifications by the Organization of the event.