OBJECTIVES OF THE ACTIVITY 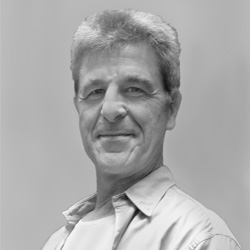 Rebound elasticity is the future of the most effective muscle training programs. More power and flexibility! That will be the result of the elastic recoil effect. Only if the fascia is pre-stretched can a maximum of forces be carried out. Weightlifters, for example, could not lift such large weights only with muscular power; They need fascial tension to do it. Even more important is the fact that all the push-ups that are carried forward and then back can not be carried out without fascial tension. This could be a revolution in the field of back pain prevention and a reason to integrate Fascial Fitness into prevention programs. Rebound elasticity is very efficient and forms well-proportioned bodies in less time than normal muscle training.

More effective and up-to-date is this fashionable concept called fascial release – a quick and easy way to work your own body. Pressure is applied by a roller on the myofascial structures, so that the adhesions dissolve and the tissue softens. This will normally lead to a decrease in pain, greater flexibility and greater sensitivity of the body itself. Bearing this in mind, this method is good not only for athletes, but also for therapy and self-work on oneself.

The fascia not only gives shape to our body, but it is also our largest sensory organ. Since today sensory perception is not considered to be very important, we often lose connection with ourselves and collect misinformation from our environment. So, a healthy sensory system gives an awareness about oneself also healthy, which leads to self-confidence and, as many scientists claim, even to a higher intelligence. The function of a fluid Refinement is to find that sensitive consciousness again. In the same way that a musician trains several ways and techniques of playing an instrument, it is a good idea to work our senses and perception in the same way. Not always doing the same things and in the same way, but having fun while making variations, will help us to act appropriately in our complex world. This applies both when we talk about musicians and dancers, athletes, yoga practitioners and all over the world in general…